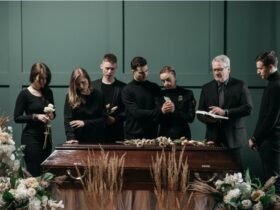 For the second year in a row, superstar K-pop boy band BTS has won the IFPI’s 2021 Global Recording Artist of the Year award, the leading music industry organization announced on Thursday.

Global Recording Artist of the Year

The International Federation of the Phonographic Industry (IFPI), which represents the recorded music industry worldwide, has named BTS the winners of the IFPI Global Recording Artist of the Year Award for 2021. The announcement marks a watershed moment in the recording industry, as the South Korean group becomes the first act to win the award for two years in a row.

The one-of-a-kind award is based on an artist’s or group’s overall performance in digital and physical music formats each year, from streams to vinyl, and encompasses a whole body of work. The award was given after the IFPI Global Artist Chart countdown, which revealed the top ten best-selling artists worldwide for the year.

BTS made a history

It was the first time a foreign act had topped the charts in 37 years; with his chart-topping 1984 album Thriller, Michael Jackson was the most recent artist.

BTS’ spectacular success over the last year is proof of their originality, hard work, and a solid commitment to finding new ways to bring their music to the world, according to IFPI chief executive Frances Moore.

According to the South China Morning Post, BTS has shown their incredibly unique recognition across the globe by performing in three languages. Their dynamic and enthusiastic fan base has helped them become the first artists in history to top the Global Artist Chart in two consecutive years.

Taylor Swift, an American songwriter, took second place in the chart, the same position she held last year, with Adele coming in third. BTS was joined on the chart by fellow K-pop stars Seventeen, who debuted at number nine, and Olivia Rodrigo, who debuted in tenth place, BBC News reported.