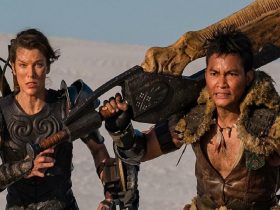 Naruto has dominated the news over the past week. The anime’s most recent update concluded with a huge death, and turn the tables even more. It seems Team 7 has recently embarked on a new mission with Kawaki by their side, and Boruto: Naruto Next Generations’ scriptwriter has spoken up about the new tale!

Honda Masaya is the writer behind the majority of Boruto’s episodes. According to the post on his Twitter, account he thanked his supporters, Masaya previewed the important question of his newest arc.

Naruto has been a classic name in both anime and manga series throughout the years since its original publication, and it has lately exploded into the spotlight.

Boruto: Naruto Next Generations has been going perfectly from the beginning, and it’s just becoming more exciting, now that the new anime has been revealed by the show’s creator.

TV series based on manga Naruto

Are you excited for more to see  Kawaki on Team 7?

The show’s creator expressed his thanks to the fans who eagerly await each new episode every week. He made the announcement shortly after Episode 233 aired, as published by Epic Stream.com.

Boruto: Naruto Next Generations would broaden the popularity of Kawaki, a newbie to Team 7, and would provide fresh experiences. The new arc will center to a four-man squad.

Boruto, Sarada, Mitsuki, and their newest recruit, Kawaki, would collaborate on this. Team 7 is set for a grander trip ahead of them with the supervision of Naruto, the Seventh Hokage, where exciting things will undoubtedly happen, keeping fans waiting for more every week.

Worse, Boruto’s body was once again taken over by Momoshiki. This prompted Kawaki to use his new Karma mark power to stop him. The actual cost of that transition is beginning to emerge, as reported by the Comicbook site.

Boruto: Naruto Next Generations is available to watch online through Crunchyroll and Funimation. For New Zealand and Australia, they can watch it on AnimeLab.