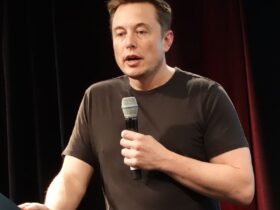 Country Boy Eddie, a television personality from Birmingham, Gordon Burns, has passed away, according to WBRC.

From 1957 through 1993, Burns served as the “Country Boy Eddie Show” presenter on WBRC. According to a family statement, Burns passed away “peacefully at his residence in Warrior.” In the words of the statement, “He was a pioneer for the Alabama music and television scenes, so his achievements will continue to live on.”

The Burns family wishes to express their deep gratitude to the viewers, followers, musicians, and others who contributed to the exceptional quality of his life.

Who is Eddie Burns?

Eddie Burns, a country boy. Tracks. Gordan Edward Burns, a pioneer of “down home” music in Alabama, was born on a farm in Warrior, Alabama, on December 13, 1930. Eddie, one of 6 sons and 2 girls, has spent his entire childhood in Blount County, Tennessee, except for a 15-year period in Birmingham. He first expressed an interest in radio when he was ten years old.

The musician, singer, radio and TV personality primarily played fiddle and guitar, although he was also skilled at the accordion, bass, banjo, and mouth harp. Burns, born and reared in Blount County, sold 10-cent packs of garden seed door to door when he was 13 years old to buy his first fiddle. He dreamed of playing music rather than picking cotton as he listened to the Grand Ole Opry on the radio.

Later, he was given a spot in the band playing on Happy Hall Burns’ radio programme.

Burns said in 1993, “I walked in one day with my fiddle to visit him about 1942 and said I wanted a position on his show.” The moniker “Country Boy,” which he gave me, stuck.

Burns said that during the Korean War, he was a member of a psychological warfare team. We stood at the front lines. He remembered, “We’d set up enormous speakers outside and play Chinese traditional music. The record player broke down one morning, so I had to play the fiddle. He claimed that minutes afterwards, there was a significant artillery shelling.

Later, he performed at the Grand Ole Opry and shared the stage with the famous Bill Monroe. He also had his radio programme, Hillbilly Bandstand, which took first place in its time slot just as rock and roll were gaining popularity.

He eventually found his way to Channel 13, where he debuted.

A show on Channel 13 at midnight on Saturday night was eventually sponsored by Big-Hearted Eddie’s Used Cars on Seventh Avenue South, Eddie claimed. We thought it was fun because there was wrestling from 10 to 12. He sold 25 automobiles in the week following the premiere of the show. What a fantastic answer!

The “Country Boy Eddie Show,” a variety show on WBRC that broadcast mornings in Birmingham from 1957 until December 31, 1993, is where he is best recognised for his downhome, folkloric host, though. He was first contracted to work one morning hour, but the commercial reaction led to an expansion.

The programme aired on as many as 100 television stations throughout the South, featuring music, comedy, interviews, chit-chat, funeral announcements, and commercial spots. He invited politicians, preachers, and wrestlers to speak.

When I was younger, I had to go to bed at 6:30. Until I retired, I never watched the 10 o’clock news, Burns admitted in a 1997 interview with The Birmingham News.

Burns was known for his mule-like braying. We’re going to have as much fun as a barrel of red ants in a bucket of sopping syrup, he said with a cowbell for emphasis.

Young Tammy Wynette, a little-known hairstylist from Midfield who received her big break on the show, was also a star discovered by the programme. She remembered that Burns was one of just two people who urged her to visit Nashville.

After considering it for over five years, Burns finally decided to retire. After only taking a few days off during the programme, he declared, “I’d always vowed that someday I was going to take a year’s holiday.” I had a hard time deciding to stop, but I was really committed once I did.

When he departed the air, Burns oversaw the country’s longest-running live daily music programme with a single host.