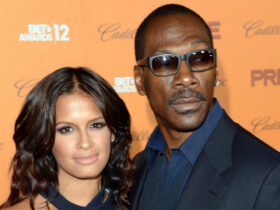 But who else has she dated? You need to know about Matthew Tyler Vorce and Jesse Rutherford.

Billie Eilish gave viewers a rare glimpse into her love life in her Apple TV+ documentary, The World’s A Little Blurry, and fans have been eager to learn more ever since.

The ‘Ocean Eyes’ singer opened up about her very private relationship with rapper Brandon Quintin Adams, aka Q, and revealed why they split up after only a year of dating.

Despite the Age Gap Backlash, Billie Eilish Speaks Out About Jesse Rutherford

Despite the criticism surrounding their age difference, Billie Eilish has addressed her relationship with Jesse Rutherford.

In an interview with Vanity Fair, the pop sensation revealed her new boyfriend for the first time, saying, “It’s really cool, I’m really excited, and I’m really happy about it.”

Here’s what you should know about Billie’s new boyfriend and her ex-boyfriends.

Billie, 20, sparked romance rumors with The Neighbourhood singer Jesse, 31, after they were seen walking hand-in-hand out of a haunted maze at Halloween Horror Nights at Universal Studios in Los Angeles.

They fueled dating rumors just a few days later when they were spotted at a restaurant together and confirmed their relationship when spotted kissing in California!

The musical duo made their red carpet debut in November at the 2022 Lacma Gala in Los Angeles, matching their outfits with monogrammed Gucci pajamas.

“This person inspires me, and you know he’s inspired by me; it’s cool,” the loved-up pop singer stated. “

Billie sparked dating rumors with actor and writer Matthew Tyler Vorce after they were spotted looking close on a coffee run with her dog Shark.

Billie, unsurprisingly private about her relationships, didn’t openly confirm her relationship with Matthew, but after a year of dating, they called it quits due to cheating rumors.

In a remark on Instagram at the time, Matthew seemingly confirmed their split, putting an end to speculation that he tried to cheat on the ‘ocean eyes singer.

“Nobody had an affair. Relationships fail. It’s as simple as that. It is dangerous to spread rumors and LIE on the internet “He wrote something.

When did Billie Eilish date her ex-boyfriend Q?

According to her documentary, Billie and her rapper beau, also known as 7: AMP, divided after less than a year together.

It is unknown how they met, but they began dating at the end of 2018.

She later appeared on the 24-year-old rapper’s album cover, ‘Bleaupro.’

“I just wasn’t happy,” she said of her heartbreak following their breakup. I didn’t want what he wanted, and I don’t think it was fair to him.

“I don’t think you should be overly excited about matters which the other person couldn’t care less about in a relationship.”

Did Billie Eilish have a relationship with Justin Bieber?

Because of their close friendship, many people wondered if Billie Eilish and Justin Bieber had been romantically involved.

However, the two have always been good friends, with Justin, who married to Hailey Baldwin, taking the young star under his wing during her musical endeavors.

Billie was a Belieber herself in her early teenage years, and she has always praised the ‘Yummy’ star for inspiring her.

Billie has no other known partners and prefers to keep her love life private.

Read Also: Who is Don Lemon’s wife? Everything you need to know about her