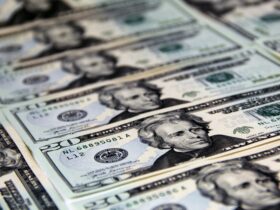 A critical component of the United States’ transportation network has transitioned from commuter rail to commuter failure.  Ridership on the country’s commuter railroads plummeted during the pandemic and has remained essentially unchanged since.  As a result, many workplaces have permanently shifted to remote or hybrid office policies, and the resulting data is beginning to paint a bleak picture.

Still few passengers after the pandemic

Many workers returning to work on new hybrid schedules will not resume the daily commute, leaving public transportation systems with significantly fewer of their most dependable customers: suburbanites heading downtown for 9-to-5 jobs day after day, Washington post wrote.

The  Department of Transportation stated that fares cover 33% of transit operating costs in the United States. However, in some instances, that figure is much higher: for example, foods on Caltrain, which connects San Francisco to Silicon Valley, have historically covered 70% of operating costs during the pandemic.

According to MSN, the agencies in charge, the 2022 and most recent weekday passenger numbers at America’s five largest systems are still between 25% and 55% of pre-pandemic levels. Unfortunately, many systems only sustained the pandemic thanks to billions of dollars in government handouts, and the profound shift in ridership has some plans staring down an existential crisis.

To invite New Yorkers to use public transportation again, the Metropolitan Transportation Authority will launch a new fare system at the end of February. It follows a significant drop in ridership on Long Island Rail Road and Metro-North trains due to the pandemic.

MTA CEO Janno Lieber stated that it is no secret that the MTA has faced significant financial challenges since the pandemic began. However, she noted that the MTA has made it a priority to be more creative with fares and that the agency is committed to offering a variety of new discounts.

The new Initiative’s centerpiece is the automatic application of free unlimited rides after 12 taps on OMNY, the state’s contactless fare payment system. It means that OMNY customers would pay no more than $33 per week to ride the subway in New York City, which is the cost of a seven-day unlimited-ride MetroCard. As of now, only MetroCards provide unlimited rides, but these will be phased out by 2023, WSHU reported.