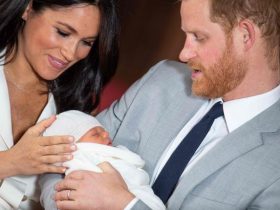 After a four-year hiatus, BigBang revealed  their return on Facebook on March 21 with a teaser and a comeback date. According to the poster, the band will return with new music on April 5 at midnight.

The much-loved Korean band BIGBANG is set to make a comeback after a nearly four-year-long break, and fans’ excitement knows no bounds. YG Entertainment confirmed the news on March 20, and several fans and followers took to the comments section to convey their enjoyment of the k-pop band’s long-awaited return. YG Entertainment also revealed the first image from the band’s upcoming album.

YG Entertainment took to Instagram to treat BIGBANG fans by announcing the launch date of the group’s upcoming project. They also discussed the first look at the project, which appeared to be a blank polaroid with the release date. BIGBANG’s next project will be released on April 5, 2022 at midnight, KST, and fans eagerly anticipate the band’s first song in nearly four years, republicworld.com posted.

Following that official statement, rapper T.O.P revealed that he would be terminating his 16-year exclusive contract with YG Entertainment. However, the label made it clear that T.O.P and the band would not be forgotten, saying in a statement. As long as the circumstances are favorable, [T.O.P] will always participate in BIGBANG’s activities whenever he is able.

If this sounds like a sign that T.O.P’s comeback will be short-lived, fans will be relieved to know that the rapper believes he is about to start the real thing in his career as an artist, with his debut solo album, a feature film, and much more on the way, Lifestyle Asia posted.

In the Prestige interview, he also mentions the possibility of another reunion with the group, citing his love for the band and the personal connection with G-Dragon, Taeyang, and Daesung.