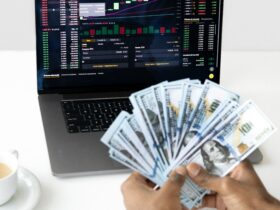 Anime has long been a part of American tv watching habits, but finding good anime streaming services might be difficult. From the first airing of Astro Boy on NBC in 1963,  viewers realized they were watching an animation or believed it was just another cartoon.

However, the days of anime shows being rewritten and repackaged into totally new shows, such as Robotech and Voltron, are long gone. And, and for the most part, we’ve moved on from the groan-inducing censoring and mistranslations of the past, even though the distinctions remain.

Today, anime is so popular and freely available that you don’t need to spend hundreds of dollars on a VHS collection or rely on pirated copies of new shows with subtitles written by fans who took their own liberties with the translation.

It’s not been easy to be an anime fan, with specialist streaming services delivering the current season of the biggest shows just hours after they first aired in Japan, and even mainstream providers getting involved with original productions or interesting purchases, as published by the Vulture webpage.

These days, finding good anime might be difficult. Fans can’t seem to find what they’re looking for with so many various streaming options. That’s why knowing which websites to visit when seeking new anime is crucial.

The top websites to stream anime for free

Contrary to popular opinion, watching anime for free on reliable websites such as the ones we will discuss today is legal. Unlike torrenting, anime streaming on any of the websites listed below does not necessitate the use of a VPN service. All you have to do is visit one of the sites and select an anime to stream.

To begin with, a good anime network should offer a vast collection of anime from various genres, such as action, horror, gaming, children, and so on. Furthermore, it should provide high-quality movies that are hosted on a dependable server. Also, keep in mind that most anime streaming sites do not contain dubbed versions of your favorite anime, so keep that in mind when selecting a good anime site, according to the TechPP.