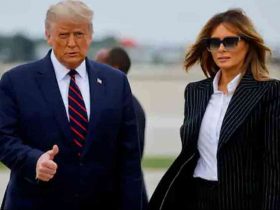 The universe is unquestionably odd. If you look outside, you’ll observe peculiar objects crawling on a blue ball of semi-molten rock wrapped in a thin hard shell and a thin film of gases. But our planet is only a fraction of the strange events that astronomers discover every day.

Peculiar objects that have been seen in the universe

A peculiar déjà vu feeling came over scientists as they examined a strange succession of dazzling flashes in a galaxy only 12 million light-years away. As reported by Space.com, similar to the Crab Nebula lights, the recurring fast radio burst (FRB) flashes arise. One of the most renowned remnants of an old star explosion, or supernova, was noticed by humans in 1054 AD and documented by a variety of different cultures.

Dark matter is a mysterious factor that causes the cosmos to expand. Nobody knows what it is. But if it keeps stretching space, it may tear the universe apart. Since the Big Bang 14 billion years ago, the cosmos has expanded. According to Science News for students, gravity, scientists reasoned, would slow this expansion. Maybe the cosmos will keep growing, albeit slowly. Or gravity may force the universe to collapse. The “Big Crunch” is the apocalypse scenario.

The internet has nicknamed this phenomenon a moonmoon. Moonmoons, also known as submoons, moonitos, grandmoons, moonettes, and moooons, are still speculative, but recent calculations show that their production is not impossible. We may never know for sure, but it is possible.

As Live Science mentioned, neutron stars are generated when an ordinary star dies. However, in September 2018, scientists discovered a long stream of infrared light emanating from a neutron star 800 light-years away from Earth. Yet, the researchers believe the signal is coming from a dust disk encircling the neutron star.

Seeing the northern and southern lights are awesome, but Earth doesn’t have all the auroras. Saturn’s auroral splendor shimmers in the infrared and ultraviolet. Saturn’s northern lights, like Earth’s, are generated by a cosmic shower. But some of its auroras only show when roaring winds cross the north pole, like a cosmic burning.

NASA Reschedules Artemis III Mission to 2026 Due to Numerous Challenges