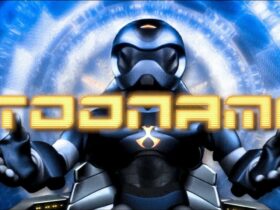 Cyborg Alita, who works as a Hunter-Warrior (bounty hunter), when last seen in the middle of Volume 2. She was trying to search for a missing boy, Yugo, with whom she had fallen in love. Yugo was in quest of body parts which he hoped to sell and raise money to escape the hellish slums of the Scrapyard and travel to the glorious space-city Zalem, which is directly above them.

Yugo carried a bounty on his head, and other bounty hunters were trying to kill him. In one such encounter, Yugo is mortally wounded. His wounds are so great that Alita had no other option than to cut his head and attach it to her life-support systems. Thus, Alita kept Yugo’s brain alive for long enough to get him to the man who revived her, Dr. Daisuke Ido. He turns Yugo into a cyborg. However, Yugo’s betrayed dream of reaching Zalem proved his nemesis.

After this terrible episode, Alita leaves Ido. Ido is devastated, and one month on, he is still trying to find her. He ultimately finds her at the most unlikely place. Alita has donned a completely new profile in sports and becomes a part of a violent game of Motorball. The sport envisages fights between various robotic and cyborg players on a roller coaster-like course. Alita’s Panzerkunst martial art skills come to her aid, and she soon finds herself rubbing shoulders with the top Big Whigs and continues to climb to glory. However, Ido finds that his former love interest is no longer interested in him. So he tries to get close by joining the team of the No. 1 Motorballer on the circuit, Jasugun.

The second part turns the story plot literally on its head. From hunting down criminals and bringing people to justice, it suddenly becomes a sports manga, albeit about an entirely fictional sport. However, the tone and the flavor of the manga are not changed and hopefully will create more intrigue as the story progresses.