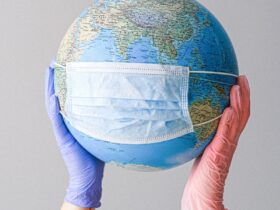 On February 17, the game will be released early in 65 locations. It will be announced via the Gundam.info portal site. On February 26, the SD Gundam promo card will be available in retailers.

A beginning set of Mobile Suit Gundam Seed and Mobile Suit Gundam: Iron-Blooded Orphans starter decks with 10 cards. Each of them is a specially designed Bana Passport card, and a card case will be included in the game, according to the post on the Anime News Network webpage.

Bandai started working on the Arsenal Station project in January 2021 so that he could launch it the same year. The new arcade will replace the Gundam Try Age game, which was discontinued in May 2021.  The game can be played with up to two gamers. The game will have a local versus mode where you may send your squads out to defeat your buddies.

Gundam Arsenal Base will contain alternative timeline characters.  Kira Yamato from Gundam SEED and Mikazuki August from Gundam Iron-Blooded Orphans. They no longer stick to the Universal Century like other games like UC Engage or Battle Operation according to the Gamer Braves.com.

The game will be available in various arcades around Japan. The website claimed that operations would begin a week early on February 17th. It comes with free SD Gundam advertising cards being given out to those who play.

Players will use pilots from throughout the Gundam mega-IP. They will command 5 pilots and 5 mobile suits in objectives to destroy enemy battleships and mobile suits, Iron-Blooded Orphans, and Mobile Suit Gundam UC,    according to the published report on the Online News website.