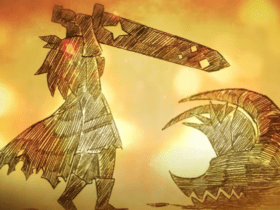 A 40-day-old baby is said to have died of pneumonia while hiding from Russian bombs in a bomb bunker with his family.

As the family left their house, little baby Amir apparently perished, becoming the latest baby to suffer as a result of Russian President Vladimir Putin’s invasion. According to a local report, harrowing photographs appear to show the tot being buried by his father in a grave near Lviv, western Ukraine.

Amir died as he and his family were evacuated from the besieged city of Kharkiv in Ukraine’s east, according to Ukrainian MP Inna Sovsun, who also tweeted about the burial.


Hundreds of thousands of refugees have surged into the nation, with an estimated 1.5 million set to flee by the end of the weekend. The photographs appear to show the boy’s father and another man praying over Amir’s body, which is covered in white linen and set atop a marble grave.

Another image depicts a man carrying Amir, while a third depicts his crying father placing him in a freshly dug grave. It comes as Russia’s military continues to shell the eastern city of Kharkiv this week, as per The Sun.

Another death of a baby amid Ukraine crisis

At the age of 18 months, Kirill Yatsko is also the youngest victim of Russia’s invasion of Ukraine. A video of a young Ukrainian mom collapsing in her boyfriend’s arms went viral on social media after medics were unable to rescue her baby son, who had been struck in the head by shrapnel.

According to Marca, the bombardment in the Ukrainian port city of Mariupol injured 18-month-old Kirill Yatsko. Marina and her boyfriend, Fedor, can be seen hurrying to the hospital with the unconscious baby in video footage.

After Kirill fell into cardiac arrest, doctors used a defibrillator and placed an oxygen mask over his face, but nothing could be done to save his life. Following that, the doctor sat kneeling in the room, staring down at the floor, trying to absorb what he had just seen.

Will BTS Accept Machine Gun Kelly’s Dream To Have Them on Wedding with Megan Fox?