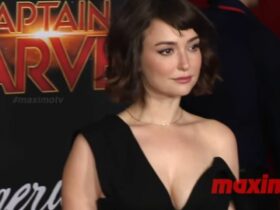 All about Milana vayntrub relationship

The official Twitter account for the Sunrise and Asobisystem project, ArtisWitch, revealed that it will have an original anime that will debut on YouTube on May 28. The announcement included a promotional video with English subtitles, where details of the production were also revealed.

Kazumi Ikeda is directing the anime at Sunrise Studios. Erika Yoshida (Tiger * Bunny: The Comic, Tower of God) is responsible for writing and supervising the scripts. Hiromi Matsuo took care of the design of the original characters, while Miki Aizawa was credited as a stylist and costume designer. Rasmus Faber (The Asterisk War, Harukana Receive) is responsible for composing the soundtrack.