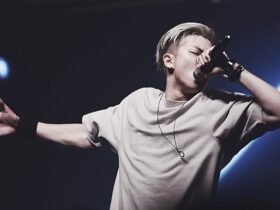 The results of the Crunchyroll Anime Awards are out. To no one’s surprise, Attack on Titan Final Season Part 1 won Anime of the Year.

Since its debut in 2013, the dark fantasy manga had gained a lot of traction, and the anime has exploded in popularity, proving to be a favorite program for the majority of anime fans in 2021.

This year, approximately 17 million votes were cast to determine the winners, according to Crunchyroll. Fans from almost 200 nations and territories cast their ballots, with Brazil, France, Mexico, the United Kingdom, and the United States receiving the most votes in alphabetical order, according to the Published post on the Game spot website.

The Crunchyroll anime award is a ceremony sponsored by the anime streaming juggernaut Crunchyroll. The winners are chosen by the fans themselves through a voting mechanism. The finest anime of 2021, according to fans, is ‘Attack on Titan Final Season Part 1.

The program won the best antagonist for Eren Jaeger and the best Japanese VA for Yuki Kaji, who plays Eren in the anime, in addition to the prestigious anime of the year award. When it was reported that WIT studio would not be returning for its final season, however, spectators were concerned about the show.

The program is the opening episode of one of the most well-known anime series’ last seasons. It follows Eren Jaeger as he fights the Titans, mythical humanoid giants, in a desperate battle. Eren takes on the culprits himself in the last season based on the written post on the Fossbytes webpage.