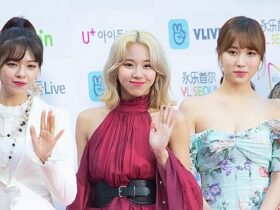 Attack On Titan: The Exhibition at the ArtScience Museum in Singapore, which will run from February 19 to July 3, will provide more information about the manga.

Since its first release in Japan in 2014, the exhibition design has undergone numerous revisions and enhancements. Today, it is making its international debut in its latest form.

150 artworks from Attack on Titan scenes

The exhibition includes more than 150 works of art by Isayama, all of which illustrate significant scenes from the story, according to Straits Times. Some sections are devoted to the titans and their origins, while others are devoted to the characters, such as Eren, the protagonist, and fan favorites Levi and Sasha, among others.

A few of the works include brief remarks by Isayama, about how he felt while drawing certain panels and how he views them retrospectively.

As per the report, disclaimer for those who haven’t read the manga’s ending. A segment of the collection shows artwork from the series’ final volumes, due out in early 2021.

This is a new feature as this is the first exhibition after the manga ended. The show’s most Instagrammable feature is the Colossus Titan’s head. The 60m towering Colossus Titan is one of the heads up in the exhibit.

According to Geek Culture, the thematic influence of the series is evident in the second part of the exhibit, which starts with an introductory video followed by a split entrance that forces visitors to choose aside.

Geek Culture also revealed the next portion, called the Giant Titan Theatre, features all nine of the series’ titans on a 10-meter-long screen. Various display elements, such as scattered garbage on the ground, have been purposefully designed to mimic the landscape as described in the manga.