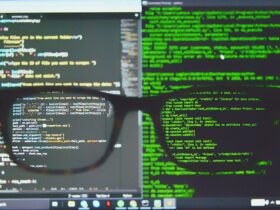 Who was Anton Walkes?

Anton Walkes, a former defender for Tottenham and Portsmouth, passed away at the age of 25. Walkes’ final Major League Soccer team, Charlotte FC, announced his passing on Thursday in southern Florida. According to The Miami Herald, Walkes was discovered unconscious on Wednesday after two vessels crashed close to Miami Marine Stadium.

Walkes performed in the US and in England. The sportsman was training with Charlotte FC for the upcoming MLS season.
According to local news, Walkes died in a boat mishap.

Major League Soccer and Charlotte FC both reported on Thursday that defender Anton Walkes, who played for Charlotte FC, had passed away. He was 25.

As stated by the Florida Fish and Wildlife Conservation commissioner, Walkes, an English native, passed away on Wednesday after sustaining grave injuries in a boat accident in Florida close to Miami Marine Stadium.

According to the Miami Herald, Miami Fire Rescue personnel performed CPR on the incapacitated soccer player.

Since 2020, he had been a full-time player in the MLS. He signed on with Atlanta United in 2017, and he later returned before the season that the coronavirus affected in 2020. He played for the team for two years. In 2022, he joined Charlotte and participated in 23 matches.

After learning of Anton Walkes of Charlotte FC’s terrible loss, Major League Soccer tweeted, “There are no words to explain the heartbreak of everyone involved in Major League Soccer tonight.” “Anton was a skilled and dedicated athlete who both his teammates and the audience adored.

“We send our sincere sympathies to his partner, his family, his friends, and the Charlotte FC community as a whole. In order to give players and families the tools and support they might require at this heartbreaking time, MLS and Charlotte FC are working together.”

We extend our deepest condolences to his partner, family, friends and the entire Charlotte FC family. MLS is coordinating with Charlotte FC to provide players and family members with the resources and support they may need during this tragic time. pic.twitter.com/4BPDyqsZEL

The statement from Tepper read, “The tragic demise of Anton Walkes grieves everyone at Tepper Sports & Entertainment. “He was an excellent son, father, friend, and teammate whose positive outlook on life influenced everyone he encountered. In addition to representing Charlotte FC to the highest standards both on and off the field, Anton improved everyone around him in all facets of life. Many people will miss him dearly, and during this difficult time, our thoughts and prayers are with Anton’s family. The Club extends its complete sympathy to everyone affected at this time of sadness.”

Krneta continued: “We are devastated by the passing of Anton Walkes, a father, lover, and admirable human being who was genuinely extraordinary. Our entire community is in deep sorrow as a result of this tragedy because Anton personified everything it means to be a member of Charlotte Football Club. We’ll never forget the difference he made in the dressing room and around Charlotte. During this difficult moment, we are thinking of his lovely family and will do everything in our power to support them.”

With Tottenham’s Premier League 2 team, Walkes began his soccer career at the age of 19. After some time, he advanced to Portsmouth in League One and then transferred to Atlanta United.

He made 140 appearances and scored six goals during his career.