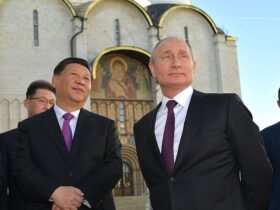 Assassin’s Creed Valhalla, the newest installment in the popular game, is Ubisoft’s highest-grossing title in history, according to the game maker. Assassin’s Creed Valhalla remains to be one of the company’s most popular games.  It was launched last November 10, 2020, with a PlayStation 5 version following the 12th or 19th, depending on the region.

According to Ubisoft’s latest financial data, Assassin’s Creed Valhalla has surpassed the $1 billion mark for the first time since the franchise’s inception in 2007. It will also be the first Assassin’s Creed game on the next-generation platforms, the PlayStation 5 and Xbox Series X, and will be released as a launch title for both consoles.

The success of the title is said to have led to the company’s most lucrative quarter to date. Seasonal events, cosmetic upgrades, and DLC expansions were all part of the game’s post-launch updates, which accounted for a substantial portion of the total.

Assassin’s Creed Valhalla is just a year old, yet it already boasts two narrative expansions: Wrath of the Druids and The Siege of Paris. In addition, the $40 Dawn of Ragnarok expansion is set to be published on March 10. It’ll also be Ubisoft’s largest expansion update to date.

The huge title update for Assassin’s Creed Valhalla is set to arrive on February 22. The Dawn of Ragnarok expansion, which is larger than AC Origins, will be released after a free weekend event, as per the report of the Gamerant site.

With Assassin’s Creed Valhalla, Ubisoft has reached a big milestone. Not only has Ubisoft’s open-world Viking simulator won praise from fans and reviewers alike, but it is also the company’s most successful game ever.

Despite the franchise’s tremendous success, Ubisoft has been dealing with its fair share of internal challenges. It’s currently being said that Ubisoft is working on a smaller Assassin’s Creed game that will be released in late 2022 or early 2023.

Though the CEO of Ubisoft has yet to remark on the rumored future game, according to a report published by The Gamer webpage.  Assassin’s Creed Valhalla is now accessible on PlayStation 4, PlayStation 5, Stadia, Xbox Series XS, and Xbox One.