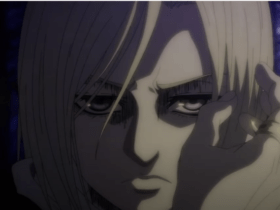 According to Nevada casino authorities, they tracked down an Arizona man who fled Las Vegas last month without realizing he’d won a $229,368 slot machine jackpot.

Robert Taylor’s machine malfunctioned due to a “communication problem,” and neither he nor the Treasure Island Hotel & Casino recognized he’d won a progressive jackpot the evening of Jan. 8, according to a statement released by the Nevada Gaming Control Board on Friday.

Public trust in the gaming sector is proven

After a review, the prize was validated, but Taylor had gone to Arizona by that time, and the casino was unable to identify him, according to the board’s statement. The board then enlisted the help of their Enforcement Division to conduct a thorough investigation into Taylor’s identification, CBS News reported.

They examined hours of surveillance camera footage and interviewed witnesses who were present at the time. After two weeks of evaluating security video, conducting witness interviews, studying electronic purchase records, and evaluating ride-sharing data, the board claimed it was able to identify Taylor.

The board then enlisted the help of their Enforcement Division to conduct a thorough investigation into Taylor’s identification. They examined hours of surveillance camera footage and interviewed witnesses who were there at the moment.

Casino winner was identified through the help of rideshare service

Agents on the case were praised by James Taylor, chief of the Board’s Enforcement Division, for “ensuring that the public trust in the gaming sector stays strong by spending countless hours over two weeks to guarantee that a customer gets granted prizes promised to him.”

Per Yahoo, officials also got information from a rideshare service, which led them to Taylor. The attempts to discover the winner following the malfunction, according to Taylor, are critical to the gaming industry’s “public trust” in Las Vegas. Taylor was formally notified of his six-figure prize on Jan. 28 and intended to collect his money last weekend at Treasure Island, according to the board.