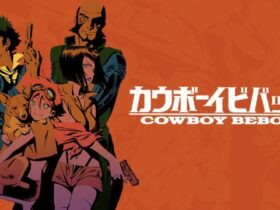 Some “Apex Legends” players have recently encountered a bug as it switches out their chosen character prior to the match. This created quite the confusion among the playerbase.

Reddit user BluNinjaBuddii’s post over on the Apex Legends subreddit gained quite the traction among members of the subreddit as it showed how the glitch happened.

Everything seemed normal at first during the OP’s selection of character. It all went south by the time he chose Seer and out of nowhere got switched to Pathfinder. Down in the comments, a Reddit user claims to have also experienced the bug stating that the said player picked Octane, but landed on the map with Caustic.

I thought I picked Seer… from apexlegends

Further down the convo thread, others have also come across the said glitch and there’s nothing much to do about it when it gets triggered.

‘Apex Legends’ devs have yet to address this

As of publication, game developer Respawn Entertainment has yet to make a statement about the issue. In line with this, it hasn’t listed the glitch yet on its Apex Tracker which is the go-to place to check whether “Apex Legends” is experiencing issues or an ongoing one has been resolved.

Players have been encountering the issue alongside its iterations for quite a while now and it has once again re-emerged right after the event – Dark Depths went live. Dexerto noted that there’s no way to account for it as there were moments in the game where players are denied during the character select screen.

In the event that more “Apex Legends” players encounter this persistent glitch, Respawn should be checking on this and think of a lasting resolution.