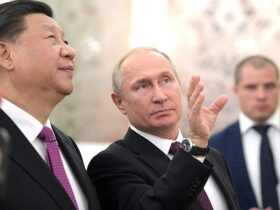 Elon Musk offered Jack Sweeney, a 19-year-old from Florida, $5,000 to remove his Twitter account that tracks the billionaire’s private jet, but he declined. Instead, the college student has created a dozen more flying bot profiles that follow the movements of high-profile tech titans such as Bill Gates and Jeff Bezos, among others.

According to The Mercury News, ElonJet has over 150,000 followers and employs a bot designed by Sweeney to track Musk’s flights. The feed then tweets the plane’s takeoff and landing times and locations, as well as the length of each trip.. Musk sent Sweeney a direct message on November 30 urging him to delete his account because it was a security issue.

In exchange for his cooperation in avoiding “crazy folks” from tracking his flights, the Tesla and SpaceX CEO eventually handed the child $5,000. Musk expressed his displeasure with the prospect of getting shot by a lunatic; Sweeney reacted with a $50,000 demand, claiming that the money would be used for college and possibly a Tesla Model 3.

Sweeney has been a fan of SpaceX since the first Falcon Heavy launch in 2018, he said. His father is a commercial airline pilot, which piqued his interest in the field. Sweeney claims that $5,000 is insufficient for what he gets out of it. It doesn’t replace anything, such as the enjoyment factor. Musk did receive some technical help from Sweeney, who advised him on a blocking mechanism he could use to prevent airplane tracking programs.

According to Sweeney, Musk appears to have taken his suggestion and is currently utilizing the blocking application. Despite the blocking program, Sweeney can still follow Musk’s flights, CNN Business reported.