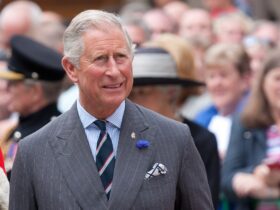 According to authorities in the Kyiv Region, Russian soldiers attacked the American journalists in Ukraine, killing one and injuring the other. The Russian military fired on the car of Brent Renaud and another journalist in Irpin, outside Kyiv on Sunday.

The two journalists were traveling to cover Ukrainian refugees when the assault happened.

At least one New York Times spokesperson claimed Renaud was an accomplished journalist who had contributed to the paper numerous times over the years, most recently in 2015, but that he was not assigned to any desk in Ukraine, as reported by MSN.

According to a biography on their website, Renaud and his brother Craig Renaud has covered a variety of worldwide hotspots, including Iraq, Afghanistan, and Egypt. After making an eight-part series for Vice News about a Chicago school serving students with serious mental problems, the duo was honored by the Peabody Awards in 2015.

Another Filmmaker gets injured while filming

According to local sources and a video uploaded by a representative for a public hospital in Kyiv, documentary filmmaker Juan Arredondo, also from the United States, was wounded in the assault. Arredondo said that it happened while they were filming Ukrainians fleeing the city of Kyiv.

Russian forces opened fire on them as they crossed a checkpoint and offered to take them to the other bridge. The driver turned around and continued to drive while two Russians were shooting at them. Moreover, he mentioned that Brent Renaud had been shot and left for dead.

Aljazeera reported that Annalisa Camilli, an Italian journalist, spoke to Arredondo from the hospital before he was transferred to the operating room, and he revealed that his colleague had been struck in the neck and stayed on the ground earlier in the day.

According to her, she was at the hospital when Arredondo arrived, and he had been wounded when halted by the Russians at a checkpoint and hit in the back.

White House national security adviser Jake Sullivan said that the United States government will work with Ukrainian officials to establish how this occurred and will subsequently carry out the proper sanctions.

Vladimir Putin’s Sanity in Doubt: Russian President Allegedly Paranoid, Tries to Bluff His Way Through During the Pandemic