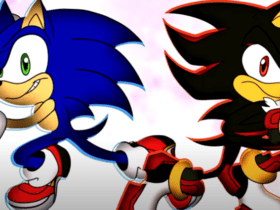 While the latest video-game film “Uncharted” bombed with reviewers, garnering a 40% Rotten Tomatoes critic score, it’s off to a strong start with audiences. It has a Rotten Tomatoes audience rating of 90% and took the top spot at the box office over the holiday weekend with $51 million.

“Uncharted” and other recent video game-based movie smashes like “Detective Pikachu” and “Sonic the Hedgehog” imply there’s still room for big-screen video-game adaptations. At least, that’s what Hollywood is hoping since a number of high-profile video-game films are on the way or are in the works.

According to Business Insider, as Hollywood seeks to boost streaming services, more and more video games are being adapted for television, from Netflix’s “Assassin’s Creed” to HBO’s “The Last Of Us.”

Game-based films, on the other hand, have a long track record of commercial and critical flops. However, as previously stated, critics believe that there is still more that can be done to make these game-based films a success.

Here are the 8 upcoming movies that are based on some of the famous video games.

Netflix is reportedly developing an adaptation of Ubisoft’s 2003 game “Beyond Good and Evil,” which follows a photojournalist who discovers an alien invasion.

Rob Letterman, who directed another recent video-game film, “Detective Pikachu,” as well as animated films like “Monsters vs. Aliens” and “Shark Tale,” will direct it.

“Hostel” filmmaker Eli Roth is developing a “Borderlands” film based on the Gearbox and 2K game of the same name, featuring a crew of “Vault hunters” on the quest for the infamous “Vault” containing alien technology. It is now in post-production and will be distributed by Lionsgate. Cate Blanchett plays the lead.

Sony is working on a film based on the 2020 PlayStation exclusive game “Ghost of Tsushima,” which follows a samurai warrior protecting his home against the Mongol invasion. Chad Stahelski, the director of the “John Wick” films, will take the helm.

In 2019, a “Just Dance” film was announced. Ubisoft Film and TV, a branch of the gaming corporation Ubisoft, revealed to Insider that the video game movie is still in the works and that the company is creating an idea with producer Will Gluck, who produced the “Peter Rabbit” films. The film has been set up at Sony’s Screen Gems.

Sony and “Kong: Skull Island” director Jordan Vogt-Roberts is working on “Metal Gear Solid,” with Oscar Isaac poised to play the character Solid Snake. Although details have remained few, Vogt-Roberts has been working on the project for several years. Last year, at the E3 gaming convention, the director defined his goal as wanting to “create a new form of action on screen that is also anchored in the stillness of the stealth” of the games.

“Sonic the Hedgehog” by Paramount was one of the biggest movies of 2020, grossing $149 million locally and $320 million globally. It was released prior to the closure of theaters due to the coronavirus outbreak. It is also the highest-grossing video-game film of all time in the United States. The sequel will be released in theaters on April 8th by Paramount.

A sequel to the 2018 version of “Tomb Raider,” starring Alicia Vikander as Lara Croft, is in the works. Few specifics have been released, with the exception of Misha Green, the creator of HBO’s “Lovecraft Country,” who stepped in to direct last year.

The seasoned treasure hunter Victor “Sully” Sullivan (Mark Wahlberg) hires street-smart criminal Nathan Drake (Tom Holland) to recover treasures lost by Ferdinand Magellan 500 years ago. What begins as a theft operation for the duo quickly turns into a globe-trotting, white-knuckle race to the prize before the savage Moncada (Antonio Banderas), who believes he and his family are the legitimate heirs.

If Nate and Sully can decode the clues and solve one of the world’s oldest riddles, they could unearth $5 billion in treasure and possibly Nate’s long-lost brother…but only if they can learn to unite.

Rotten Tomatoes have shared a general review, both from the critics and the audience.

Critics say that the cast is promising, but the title is deceiving. Uncharted mines its best-selling source material to create a mediocre rehash of better adventure pictures.

On the other hand, the audience say that the movie is a competent adaptation of the games — as well as a delightful throwback to classic adventure films from the past — Uncharted has plenty of action and a superb cast.

Uncharted is still showing in theaters up to this date and can be streamed on any device with Vudu.