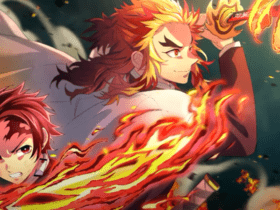 California is suffering from its third mass shooting in as many days after a “disgruntled” mushroom farm worker, 67, was arrested for killing seven coworkers in a mass shooting in Half Moon Bay.

Chunli Zhao, who had spent decades working at one of the two locations where the shooting occurred, was taken into custody on Monday after being seen sitting in his car outside a nearby sheriff’s office.

Seven people were killed in the mass shooting on Monday just before 2:30 p.m. at two agricultural businesses, a trucking facility and a mushroom farm.

According to officials, the shooter shot three people dead at the Rice Trucking-Soil Farm, about two miles distant, and four people were killed and one injured at the Mountain Mushroom Farm. The eighth person was flown to a medical facility.

Researchers are still trying to figure out which shooting happened first. Many farm employees live on-site with their families; thus, it is likely that many children saw the horrific incident.

Mr. Zhao, a longtime employee of the mushroom farm, was discovered about two hours later sitting in his car in the parking area of a sheriff’s headquarters, according to San Mateo County Sheriff Christina Corpus.

Three cops can walk up to a parked automobile with their weapons drawn in the footage, which Half Moon Bay resident Kati McHugh recorded. As officers take the suspect to the ground, handcuff him, and bring him away, the suspect exits the vehicle.

Officials reported that a semi-automatic weapon suspected to have been used in the horrific shooting was discovered inside his vehicle.

Although it hasn’t been proven, the sheriff stated that they are working on the theory that the suspect went to the police station to give himself in. According to reports, Mr. Zhao is completely collaborating with law authorities. Although the attack’s motivation is unknown, Mr. Zhao and the victims had jobs at nearby companies.

Dave Pine, the president of the San Mateo County Board of Supervisors, informed the local media site KRON4 that Mr. Zhao was a “disgruntled worker” at the farm but provided no other information. It is unknown if the victims were targeted or shot randomly because their identities have not been made public. The sheriff described the shooting as “horrific.”

I’m here in Half Moon Bay where we’re waiting to hear more about a shooting that left four people dead earlier today. I spoke with a woman at the media staging area near the a HMB PD substation who saw police take down the suspect. Here’s a couple pics. more via @mercnews pic.twitter.com/Es1LZtLbKa

She stated at a news conference on Monday night, “It’s a tragedy that we hear about far too frequently, but it has hit home here in San Mateo County.”

Josh Becker, a state senator from California, posted on Twitter on Monday that “gun violence has come to our area today and I will do anything I can to support the San Mateo County Sheriff’s Department and Half Moon Bay city officials throughout this horrible incident.”

“We’ll keep an eye on this scenario. I’m praying for everyone who is impacted. Given what has transpired, the San Mateo County Supervisor told ABC7 that “this is really a catastrophe.” “This is a shocking situation for us all.”

Gavin Newsom, the governor of California, found out about the incident at Half Moon Bay when he spoke with the victims of the mass shooting on Saturday in Monterey Park.

“At a hospital meeting with mass shooting victims when I am called aside to receive information about another shooting. Half Moon Bay, this time. Tragic upon tragic,” he wrote in a tweet.

At the hospital meeting with victims of a mass shooting when I get pulled away to be briefed about another shooting. This time in Half Moon Bay.

The catastrophic shooting in Southern California over the weekend, which left 11 people dead and countless others injured during Lunar New Year celebrations south of Los Angeles, precedes the attack in the Half Moon Bay region.

Numerous members of the Asian-American community had congregated in Monterey Park on Saturday night to celebrate the Chinese New Year.

Huu Can Tran, 72, a shooter, visited the Star Ballroom Dance Studio in Monterey Park hours later and started shooting. The incident claimed the lives of eleven people, up from 10 on Monday when another victim passed away from their wounds.

The hero employee at Lai Lai Ballroom in adjacent Alhambra managed to grab a revolver away from Tran as he drove to a second dance facility. No one was hurt in the second incident, and the shooter fled.

The gunman was the target of a massive manhunt, culminating about 12 hours later with a police standoff in Torrance, located about 30 miles from Monterey Park. Tran shot himself in the head and died in his white van.

Although the reason behind the attack is still unknown, it has come to light that Tran believed his family had attempted to poison him decades earlier and reported this to the authorities only a few weeks before embarking on a shooting spree.

On Monday, Hemet Police announced that Tran, 72, had made two trips to the police station in the first two days of January, on January 7 and January 9, to “allege past fraud, theft, and poisoning claims involving his family in the Los Angeles area 10 to 20 years ago.”

According to the Oakland Police Department, the incident occurred Monday evening after 6 p.m. at a Valera gas station at Seminary Avenue and Macarthur Boulevard (OPD).

As a result of ShotSpotter’s activity, law enforcement was notified of the shooting and arrived on the scene.

Officers arrived at the area without seeing any victims, but the shot casings they found provided evidence of what had happened. According to OPD, numerous victims of gunshot wounds had already driven themselves to several local hospitals.

At least eight people were shot in the event, and 18-year-old Mario Navarro was one of the fatalities, according to his relatives.

Read Also: Everyone is single, which is a key component of dating five men, as explained by Carol Vorderman.