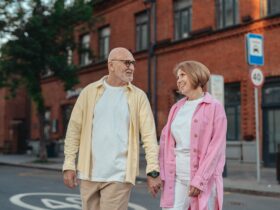 The spoilers during the current week’s section of My Hero Academia presents to us the new conflict between Deku and Muscular.

After My Hero Academia took an abrupt break a week ago, Kohei Horikoshi’s work gets back with everything and will show us the second showdown among Muscular and Deku after he has left the UA for great.

The current week’s spoilers start with the get-together of Deku and Muscular. The scalawag recalls Deku well indeed, remarking that he would not have the option to fail to remember him and that this time he has needed to meet him again. He makes reference to that the other legends are unimportant and couldn’t fulfill him.

Strong cautions that he doesn’t have any sensations of vengeance or anything, yet that after the amusing battle he had with Deku, he needs to have the delight of battling him again, beginning the assault against our hero.

Then, Deku halted on top of a structure, and Muscular attempts to follow him however for reasons unknown his hop was not sufficiently high and he collides with the structure. Our hero takes Shindo to where Tatami is and advises him to treat his wounds, to later apologize for not having the option to show up on schedule and keeping away from such a lot of harm, yet he will ensure that there are no new harms in the city.

Tatami couldn’t see Deku well because of the huge measure of smoke in the spot, so he understands that maybe he utilized the distraction unnecessarily, while we are shown an inner discourse that Midoriya had with the 6th OFA client. The youthful legend concedes that OFA’s forces are exceptionally solid and hard to control, yet he needs to loosen up a piece to have the option to control them better.

OFA Quirks are all that could possibly be needed to have the option to crush the reprobate, so you need to picture the one that is generally fitting to use in the fight against Muscular. Deku recollects that the miscreant can withstand 100% of the OFA power, so it is smarter to utilize the distraction of the 6th to hinder his vision.

He at that point drifts with the assistance of the peculiarity from the seventh and utilizations the black whip from the fifth to assault the miscreant. What’s more, he utilizes the idiosyncrasy of the space to have the option to foresee the developments of the scalawag, while Muscular grumbles and blames Deku for utilizing underhanded moves, to at long last advise him to battle with all that he has like when they confronted the first run through.

Deku requests Muscular for the whereabouts from Shigaraki and AFO, to which the scoundrel answers that he knows nothing about it since whenever he was delivered from jail, they advised him to do anything he desired. Deku asks the lowlife the explanation for his assaults to which he answers that he needs to carry on with an existence without laments, so he would not like to pass up all the delight he can get.

Midoriya is astounded at the reprobate’s reaction and inquires as to whether there could be no other way that he can follow, to which Muscular answers that there isn’t. The scalawag tells the youthful saint that in the event that he needs to communicate his compassion, to do it somewhere else in light of the fact that in his heart there is just space for blood and fights.

Deku inside says that he realizes that he should battle his adversaries paying little heed to the appropriate responses they give him. Be that as it may, at one point he figured he could change something in Muscular, he knew his inspiration for being a miscreant.

Strong discloses to Deku that he has gotten exhausting, while the miscreant’s muscles start to tear. This happens on account of the assault that Shindo dispatched in the past part since it has a postponed impact, this being the motivation behind why Muscular couldn’t bounce well toward the start of this section. At long last, Muscular discloses to Deku that he is extremely frightened to which he answers that he is “hard and fast” and subsequently closes the current week’s spoilers.