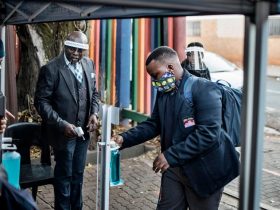 Alchemy is a magical ability to change the natural world that is a  mix of science, art, and magic. When the two brothers, Alphonse Elric and Edward, used this power to grant their most cherished wish, one of them lost an arm and a leg, and the other became nothing more than a soul trapped within a live steel body.

The comic has produced two anime series, two anime films, plus a handful of video games. Bones produces the anime, with Seiji Mizushima directing the first series in 2003 and the sequel Fullmetal Alchemist the Movie: Conqueror of Shamballa in 2005. Yasuhiro Irie directed the 2009 remake series, while Kazuya Murata directed Fullmetal Alchemist: The Sacred Star of Milos in 2011, according to Anime News Network.

One of the Fullmetal Alchemist enthusiasts has gone viral for using some really inventive costumes to bring the series’ most heartbreaking event to life.

The Hiromu Arakawa series will soon be celebrating its 20th anniversary, and despite the fact that it has been a long time since it peaked, fans still see it as one of the most important manga and anime releases of all time, and It’s easy to see why, as the franchise has some of the most iconic sequences and events of all time, particularly in its most sad parts.

It is because It frequently features characters who have been mistreated by individuals or situations beyond their control.  They become helpless, unable to save themselves or be rescued by anybody else. Knowing that no matter what they do can be extremely painful, as per Comic Book.