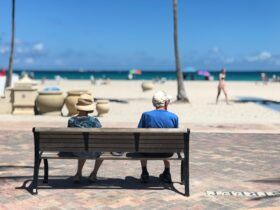 3 Retirement Costs Most People Ignore That You Should Check

The winners of this year’s ‘Korea Music Awards 2022’ have been announced!

The Korean Music Awards Selection Committee hosted the 19th Korean Music Awards on March 1, KST, with support from the Ministry of Culture, Sports, and Tourism, as well as the Korea Creative Content Agency.The annual South Korean music awards show honors mainstream and underground music artists from various genres. It is widely regarded as one of the most renowned Korean music awards, All Kpop posted.

Unlike many other South Korean music awards, which generally use sales numbers as a major criterion in deciding the winners each year. The Korean Music Awards’ primary criterion is a musical accomplishment. In addition, the Korean Music Awards place a greater emphasis on albums and songs in and of themselves, according to Soompi.

Aespa received the most awards of any artist this year, taking home three in total, such as two of the big four (the four prominent awards that span all music genres). espa won Song of the Year, Rookie of the Year, and Best K-Pop Song (for their smash hit “Next Level”).

For the third time, BTS was hailed Artist of the Year. In 2018, BTS became the first idol group to win Artist of the Year at the Korean Music Awards, and they repeated the feat in 2019.At last, Lang Lee, an indie-folk singer, won Album of the Year for her critically acclaimed album “There Is a Wolf.”

Republicworld.com posted the complete list of winners of 2022 Korean Music Awards, check if your favorite artist is included.